Villa Calcinaia has started organic farming in the year 2000, on the olive groves at the beginning and then extended to the old vineyards planted between 1959 and 1975 at first and later on all the vineyards. The organic protocol also concerns the production of the wine and the olive oil. The estate has a very important genomic heritage of vines and olive trees dating back to the end of the 19th century that has been propagated with the new plantings. The organic certification applies also to the small vines used for new plantings and therefore involves the nurseries used for the propagation of the material as well. 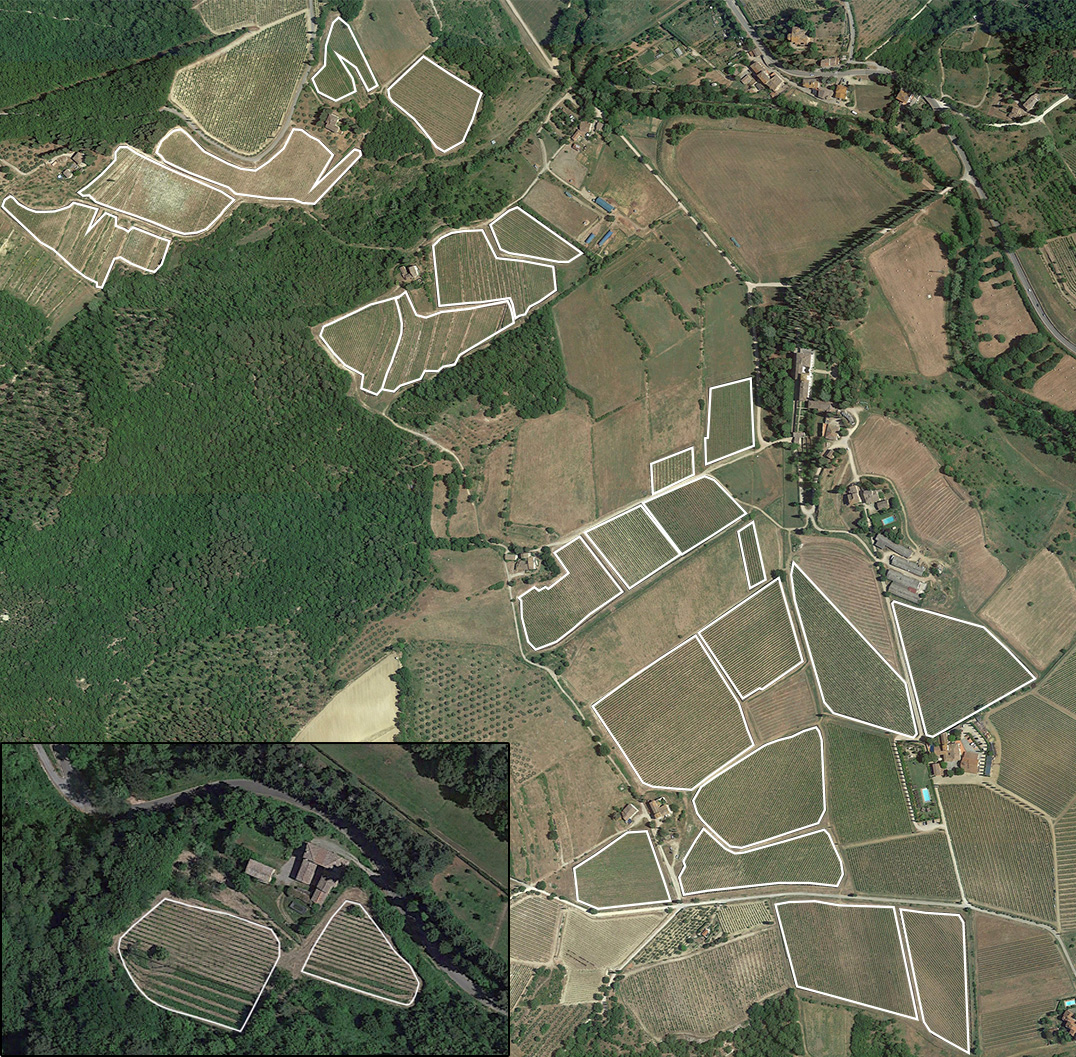 The Greve river divides its valley in two sides whose soils greatly differ from one another. The right bank in fact is characterized by the mountain range known as “Monti del Chianti” and the soil there comprises prevailingly sandstone and sand formed by the break-up of the bedrock of these mountains. The left bank instead, where Villa Calcinaia stands, is of Eocene origin and calcareous clay is the predominant element in these parts. The name Calcinaia can indeed be translated as chalk quarry, the extraction of this element necessary for the making of mortar. Although the calcium can be found in great abundance on the estate and creates a certain fil rouge between the different soils, there still are important differences in the various vineyards due also to their various elevations, from 200 meters to 350 meters above sea level, exposure and presence also of many small tributaries of the Greve river crossing the estate. .These streams have formed throughout the centuries impluviums that through sedimentation have created in the lower grounds patches of soil with large presence of grey clay in tuscan dialect aka “mattaione”. Generally speaking the soil texture in Calcinaia is loam; deeper soils with a higher presence of sand in the lowers slopes towards the Greve River and shallower silty soils with abundance of rocks on the higher grounds in particular “galestro”: a clayey schist whose exfoliating structure, crumbly surface, permeability, pebble content and wealth of trace elements ensure the vine’s vegetative balance and characterful wines. Above a certain altitude, roughly 300 meters, one can start finding also outcrops of “alberese”, a calcareus marl more typical of the area of Gaiole that contributes to the wide array of soils at Calcinaia. 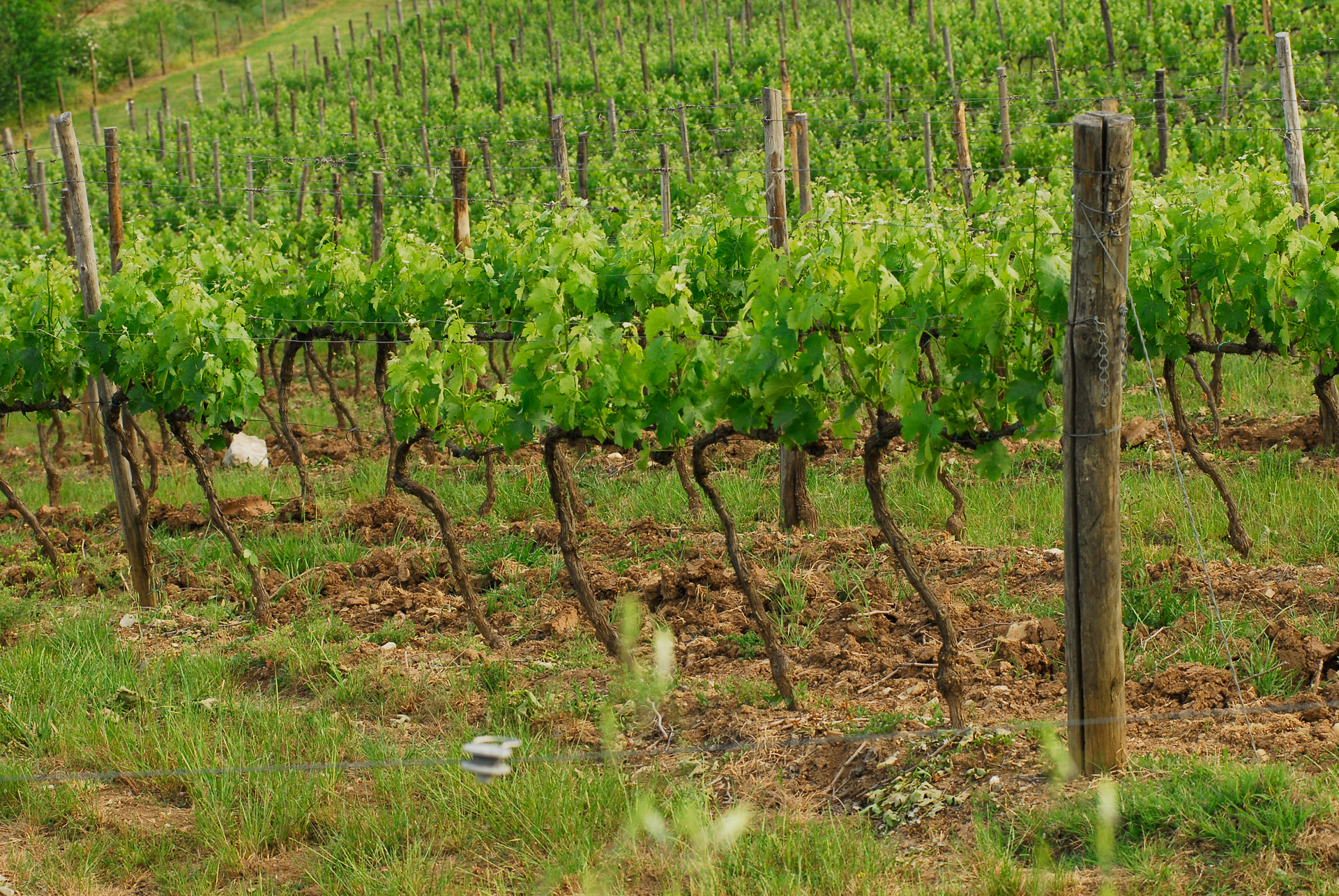